Hayward, Calif., — May 31, 2015. With the recent partnership with Kimoto of Japan, the acquisition of Aiden Co., Ltd of Korea, and a joint development with Nissha Printing Co., Ltd., C3Nano has positioned itself as the performance leader in TCFs. Now C3Nano will reveal further announcements and provide a product demo during Silicon Valley’s 2015 SID Tradeshow.

If you haven’t been keeping up with the Silicon Valley company, coordinate an interview with CEO Cliff Morris* and visit booth 1420 for a demo during Display Week. 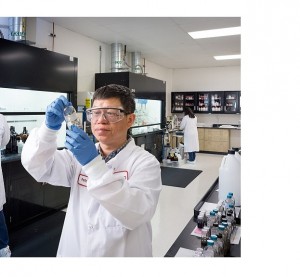 A May 2015 survey by Touch Display Research found that the adoption of silver nanowire and metal mesh are accelerating and forecasts ITO-replacement market will grow to 10.9 billion by 2022. 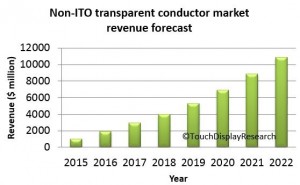 Founded in 2010 as a spinout from Professor Zhenan Bao’s chemical engineering laboratory at Stanford University, C3Nano is the developer of the solution-based, transparent conductive inks and films as direct replacements for indium tin oxide (ITO). C3Nano raised more than $20MM in funding to date, which has enabled the company to quickly achieve best in class ink formulations and expanded production capabilities. C3Nano is headquartered in Silicon Valley with an industry leading manufacturing base in Korea. Visit www.c3nano.com