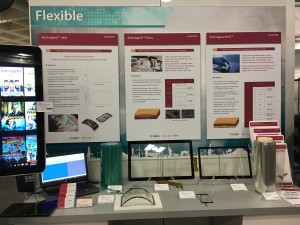 Hayward, CA., May 23, 2016 – C3Nano, Inc. the performance leader in transparent conductive ink and film for the touch sensor and display industry, today announced their participation in this year’s SID Display Week, taking place May 22 through 27 at the Moscone Convention Center in San Francisco. C3Nano is located at booth #1321, together with their partner, Nagase America Corporation.

During this year’s Display Week, visitors will be introduced to the latest C3Nano products, including its hardcoat film and transparent conductive inks and film (TCF). Along with their global touch panel partners, C3Nano will present a number of touch sensor demonstrations, including a 10” flexible touch sensor, a 55” interactive smart TV, and various touch screens for AIO, Notebook and OLED display. 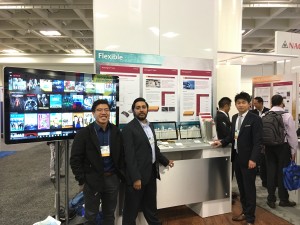 The low sheet resistance (30 ohms/sq) ActiveGrid™ TCF features greater than 90% transmittance with less than 1% haze, and is suitable for large size tou
ch screens such as AIO, interactive TV and Digital Signage.

ActiveGuardHC™ Film is developed for the next generation of devices using flexible and bendable displays, providing excellent flexibility, hardness, scratch-resistance and superb optical properties. This super hardcoat material will meet the industrial requirements for next generation flexible devices.

More information will be released by C3Nano CEO, Cliff Morris, at C3Nano booth #1321.