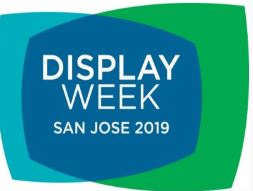 C3Nano Inc., the world’s performance leader in silver nanowire-based transparent conductive inks and films used in flexible displays, touchscreens and other products, today announced that its CTO and co-founder, Dr. Ajay Virkar, will present the benefits of the company’s ActiveGrid inks and films in manufacturing flexible and highly interactive displays at the Display Week conference being held May 13-15 in the McEnery Convention Center in San Jose, Calif.

In this presentation, Dr. Virkar will describe the underlying physical mechanism of ActiveGrid formation as well as various advanced technologies related to manipulating and improving optics and flexibility. Unlike conventional flexible transparent conductors, C3Nano’s ActiveGrid is a totally new material formed by chemically fusing silver nanowires into a unique nanoscale grid. ActiveGrid enables outstanding optical properties for a variety of applications ranging from touch sensors, OLEDs, and solar cells to biotechnology and wearables.

Dr. Virkar, who co-founded and launched C3Nano in 2010, has more than 25 patents issued or pending related to materials for next generation and progressive electronics, and has co-authored eleven technical publications in peer-reviewed journals.

FLEX 2019: Building Outside The Box

On February 24, Ajay Virkar has been invited to be the Plenary Speaker at the Waterborne Symposium, Environmentally Friendly Coating Technologies taking place at the Astor Crowne Plaza in New Orleans, LA.

Ajay Vikar has been selected to present ActiveGrid(TM): A Flexible Transparent Conductor with Excellent Optical Properties

Ajay Vikar has been selected to present ActiveGrid(TM): A Flexible Solution Processed Transparent Conductor with Excellent Optical Properties  May 23, 2018, 10:40 AM – 12:00 PM at the Los Angeles Convention Center, Room 515B.

We will exhibit the following

In this presentation, ActiveGrid™ will be compared to the incumbent transparent conducting technology for display applications (ITO), as well as other potential replacement solutions. Novel other technologies being developed at C3Nano including manipulating color of transparent conductors, and advanced extremely durable materials for emerging applications will also be covered.  Finally, the supply chain for next-generation and flexible devices, C3Nano’s key industrial partnerships, and a technology roadmap will be discussed. This is a special BASID event with four speakers giving an overview of Display Week 2017.

Bay Area Chapter of The Society for Information Display 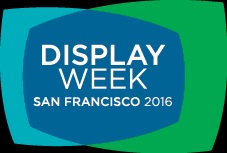 During this year’s Display Week, visitors will be introduced to the latest C3Nano products, including its hardcoat film and transparent conductive inks and film (TCF). Along with their global touch panel partners, C3Nano will present a number of touch sensor demonstrations, including a 10” flexible touch sensor, a 55” interactive smart TV, and various touch screens for AIO, Notebook and OLED display. 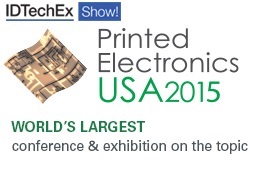 The Association of International Metallizers, Coaters and Laminators

Open the Era of Folding Screen